At present, there is only one Safari. Lodge operating (seasonally) in Mozambique. This is on the border of the northern Reserve of Niassa. However, there are developments being finalised in the Gorongosa Reserve, where, it is hoped, a lodge will be opening in the near future, thus opening up Mozambique's rich wildlife heritage

Lugenda Wilderness Camp is in a private concession, on the border of the vast and untouched Niassa Reserve, in northern Mozambique. The Camp is on the eastern bank of the Lugenda River, with the backdrop of the fascination Ngalongue Mountains (towering inselbergs or Island Mountains).

Accommodation is in 8 luxury East-African style tents, located some 40 metres from the seasonal Lugenda River. All of the tents are fully mosquito-screened and have an en-suite bathroom with bath and shower, ceiling fans, hair dryer, safe, international plug points as well as a private deck, overlooking the River.

The main lodge area houses a lounge and dining area, which overlook a swimming pool and deck. 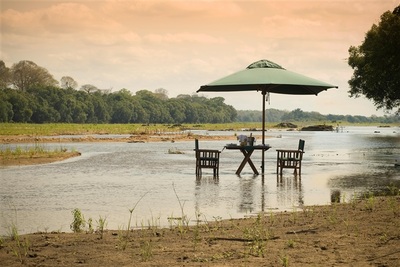 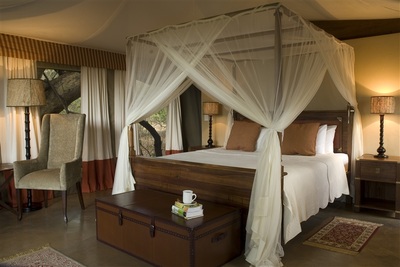 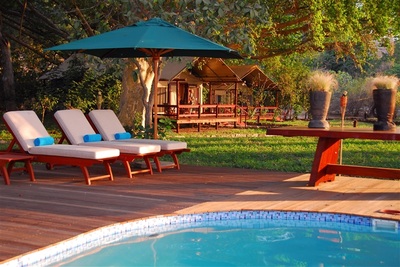 Activities centre on game drives and game walks. The area is both pristine and diverse, with some areas of geological interest (the Inselbergs). As the Lugenda River is seasonal, one can also walk in the river bed itself. Game in the area is surprisingly diverse, and includes such species as elephant, buffalo, hartebeest, eland and plains zebra. Other game such as impala, wildebeest, hippo, lion, leopard, warthog and spotted hyena can also be seen. Birders will also enjoy the great diversity of species.

When the Lugenda River is flowing, the camp also offers some wonderful mokoro excursions.

Due to the rainy season in the area, Lugenda Wilderness Camp is only open annually between mid-May and beginning December (the dates vary slightly, as they are dependent on the annual rains). 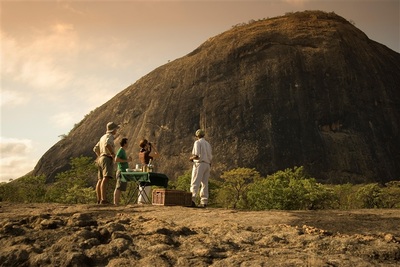 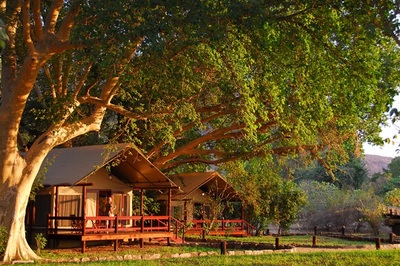 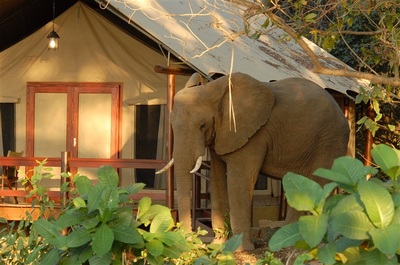